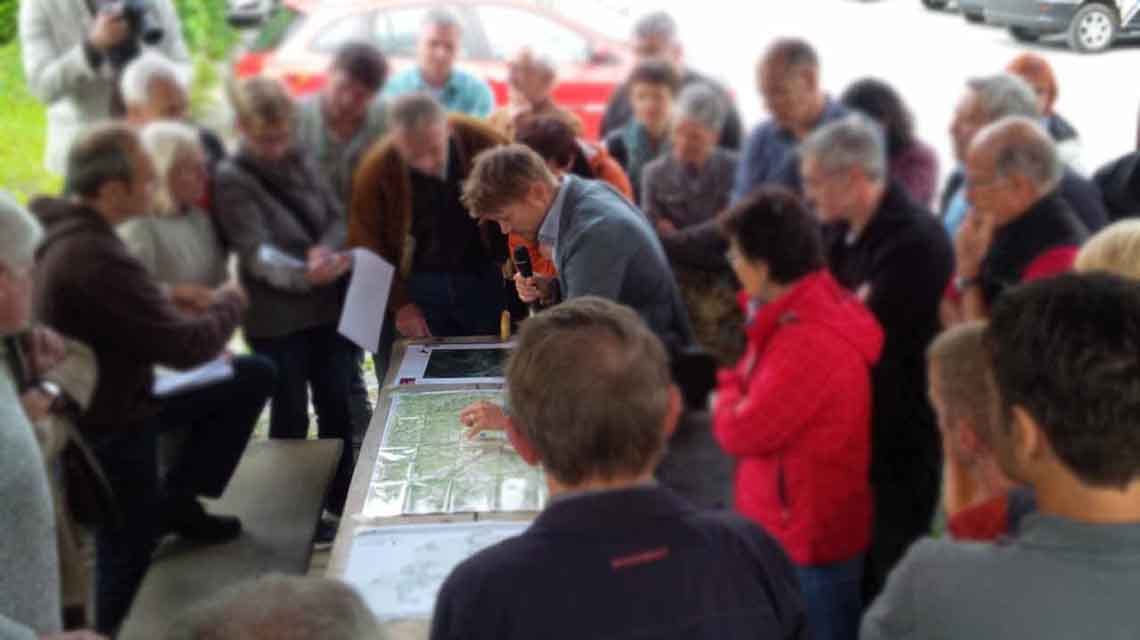 The „Forum Energiedialog Baden-Württemberg“ supports municipalities in coping with the energy transition. The aim is to manage conflicts on site that have arisen, escalated or become visible due to the expansion of renewable energies.

As part of the „Energiedialog Baden-Württemberg“ programme, Lenné3D created visual and acoustic simulations of a planned wind farm in Elzach. In the course of two meetings with citizens of the most affected districts of Elzach (core town) and Yach, perspectives on the visual and acoustic simulation were collected in a moderated discussion. By agreement, the number of perspectives was reduced to a total of ten visual and six acoustic to the level specified in the budget.

Due to the special topographical conditions and the resulting changeable visibility of the wind farm, 360° panoramic visualisations were commissioned on the recommendation of Lenné3D. This format ensures the realistic representation of wind turbines in the landscape without neglecting the spatial context and orientation. A virtual tour was created with an overview map and a total of ten animated, interactive 360° panorama visualisations. Here, the user can switch between the inventory and the simulated conditions in strong, medium and weak winds with a click.

In addition, in cooperation with Lenné3D, the engineering firm Möhler + Partner – using the methodology tested in the „Dezent Zivil“ project – created acoustic simulations for six selected locations. When the results were presented on site, the visual and acoustic simulations could then switch synchronously between weak, medium and strong wind, thus drawing a realistic picture of the planned changes. 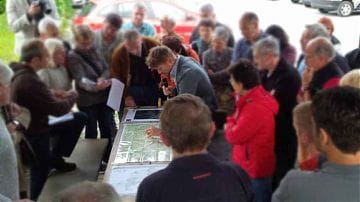