Visualisations for the citizens' forums on wind energy in Eltville

On behalf of the State of Hesse, the Citizens‘ Forum „Energy State of Hesse“ strengthens municipalities in shaping the energy turnaround with citizens and in jointly seeking concrete solutions. As part of the citizens‘ forum, various discussion events were held in Eltville am Rhein on the conflicting issues of wind energy and monument protection. The starting point was an upcoming referendum on the expansion of wind energy in the immediate vicinity of the listed Eberbach Monastery and the Rhine. The predominant topic in the discussions with the citizens was therefore the protection of monuments and the landscape.

Lenné3D was commissioned to create photo-realistic simulations of five important perspectives in the vicinity of the monastery as a supplement to an abstract 3D model. Among other things, the visualisation of a site that had been created by a citizens‘ initiative was to be verified.

The 360° panoramas were combined in a virtual tour with an overview map, thus enabling the viewer to get a comprehensive impression of the spatial changes under discussion. The realistic 360° method developed by Lenné3D allows the viewer to interactively change the angle of view. This enables both a better orientation and a better spatial contextualisation of the monument and the wind farm.

More information on the Citizens‘ Forum „Energy Land Hesse“ can be found here. 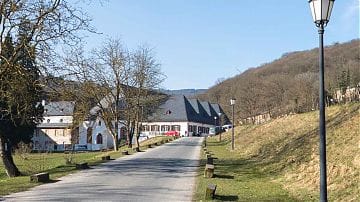 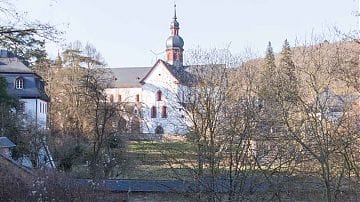 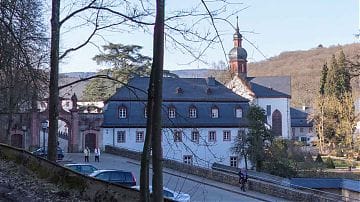 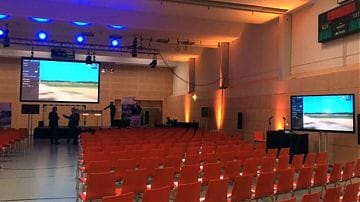